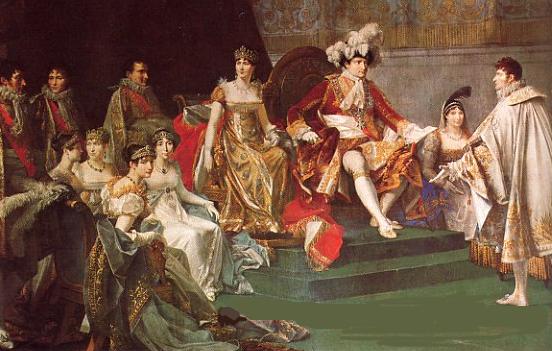 The Kingdom of Westphalia

The Kingdom of Westfalia was created by Napoleon in December 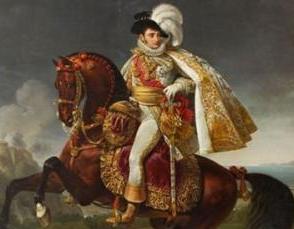 1807 following the treaty of Tilsit. The new Kingdom was composed of parts of Hannover, Brunswick, Saxony and most of Hesse-Kassel. Westfalia was entered as a charter member of the newly formed Confederation of the Rhine. As such it was obliged to provide a 25,000 strong contingent to the Grande Armee in the event of war.

(From Wikipedia, the free encyclopedia)

“Westphalia sovereignty is the concept of nation-state sovereignty based on two principles: territoriality and the exclusion of external actors from domestic authority structures.

Many academics have asserted that the international system of states, multinational corporations and organizations which exists today began in 1648 at the Peace of Westphalia. Both the basis and the result of this view have been attacked by revisionist academics and politicians alike, with revisionists questioning the significance of the Peace, and commentators and politicians attacking the Westphalia System of sovereign nation-states.”

Modern views on the Westphalian System

The Westphalian System is used as a shorthand by academics to describe the system of states which the world is made up of today.

In 1998 a symposium on the continuing political relevance of the Peace of Westphalia, then–NATO Secretary General Javier Solana said that "humanity and democracy [were] two principles essentially irrelevant to the original Westphalian order" and levied a criticism that "the Westphalian system had its limits. For one, the principle of sovereignty it relied on also produced the basis for rivalry, not community of states; exclusion, not integration."

In 2000, then–German foreign minister Joschka Fischer referred to the Peace of Westphalia in his Humboldt Speech, which argued that the system of European politics set up by Westphalia was obsolete: "The core of the concept of Europe after 1945 was and still is a rejection of the European balance-of-power principle and the hegemonic ambitions of individual states that had emerged following the Peace of Westphalia in 1648, a rejection which took the form of closer meshing of vital interests and the transfer of nation-state sovereign rights to supranational European institutions."

However, European nationalists and some American paleoconservatives such as Pat Buchanan hold a favorable view of the Westphalian state. Supporters of the Westphalian state oppose socialism and some forms of capitalism for undermining the nation-state. A major theme of Buchanan's political career, for example, has been attacking globalization, critical theory, neoconservatism, and other philosophies he considers detrimental to today's Western nations.

obey for the legitimacy of that particular international norm? This book contains fresh perspectives on these questions, offered at an international and interdisciplinary conference hosted by the Max Planck Institute for Comparative Law and International Law....more on http://springer.com/978-3-540-77763-2