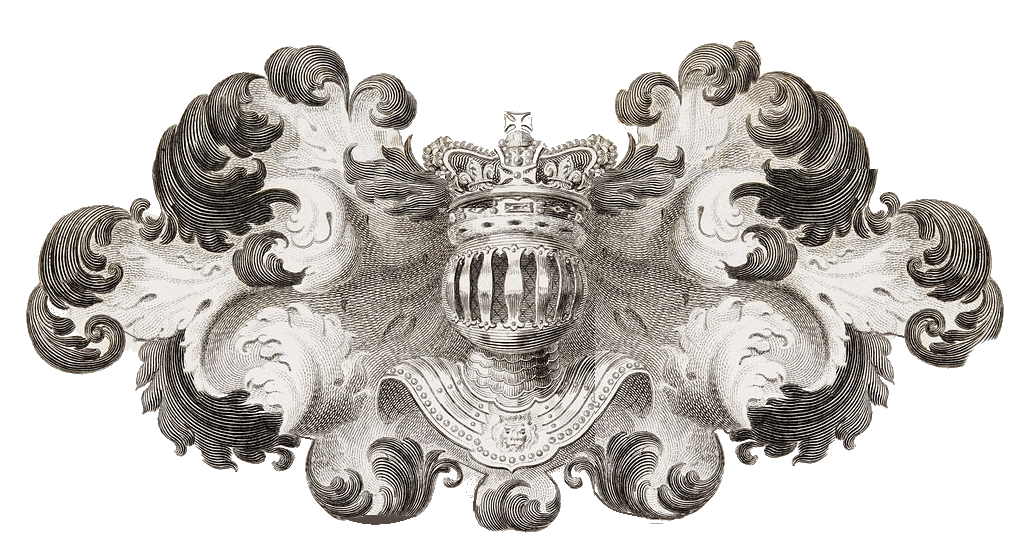 The International Commission and Association on Nobility (TICAN), although a private apolitical body and ecumenical, has continually grown since its foundation in 2008 and it is been accepted worldwide as devoted to the preservation and promotion of the monarchical system of government and the principle of monarchy.

The Commission was founded, moreover, in order to associate world noble families for the purpose of fostering humankind historical values, noble traditions, and mutual solidarity and be consistent with the ethical code of conduct, as the sense of duty to their ancestors who were given noble titles for their merits. In compliance with its goals the Commission shall cooperate with individuals, religious, cultural, educational, scientific and other institutions, associations and societies which promote the same goals. The task of the Commission and Association is affiliation with European nobility associations in order to have recognized and evaluated world nobility history at international level.

The Commission`s systems and honors neither register no certifies grants, nobility or arms for members. The Commission does not render opinions as to the legitimacy of specific titles of nobility claimed by this or that person. It often arise that one publisher or fount of honor "recognizes" a certain person's title while another does not.

One of the characteristics of TICAN environment is loyalty and unity: loyalty to other members of the Commission, loyalty to the system of rank structure, and loyalty to the values possessed by the commission.

The concession of a noble title is not the prerogative of the State, rather they are granted in virtue of the merits recognized the person by power, prerogative, the crown and the discretion of the Pretender Prince to the throne who holds the Fons and Jus Honorum. This concept has always been followed by Reigning Dynasties who lost their throne further to final occupation of the land and, therefore, without debellatio, and therefore the figure of the Pretender prince arose.

Organizations create Divisions, and then expect collaboration. The Nobiliary Council Board is a subcommittee of the International Commission and Association on Nobility (TICAN) consisting of the Chairman, the Vice Chairman, the Secretary and three or more executive representatives elected by the Council from the members or outside the Commission (E.g.: Historians, Heralds and Genealogists).TICAN´s President serves as the Chairman of the Council and the Executive Secretary serves as Vice Chairman of the Council.

The Nobiliary Council is to direct and review the general affairs of the Commission for “Nobility Membership” within the limits set forth in the Commission’s Bylaws. Potential prospects considering to apply for membership should hold a title of nobility, which is backed by solid evidence.

Membership in the class of nobility is for those holding a title of nobility and or who are members of a legitimate Hereditary Order of Chivalry. Potential prospects considering to apply for membership should hold a title of nobility, which is backed by solid evidence. Honorific Order of Chivalry is not a noble title. An "undisputed legitimate descent" isn't only a matter that concerns the ancient nobility, but also individuals potentially descending from lesser known or otherwise obscure noble families, of which there are many.

This Nobiliary council shall be governed by the Constitution, Bylaws, Code, Regulations and edicts of the International Commission and Association on Nobility (TICAN).

COAT OF ARMS ADOPTED BY THE NOBILIARY COUNCIL 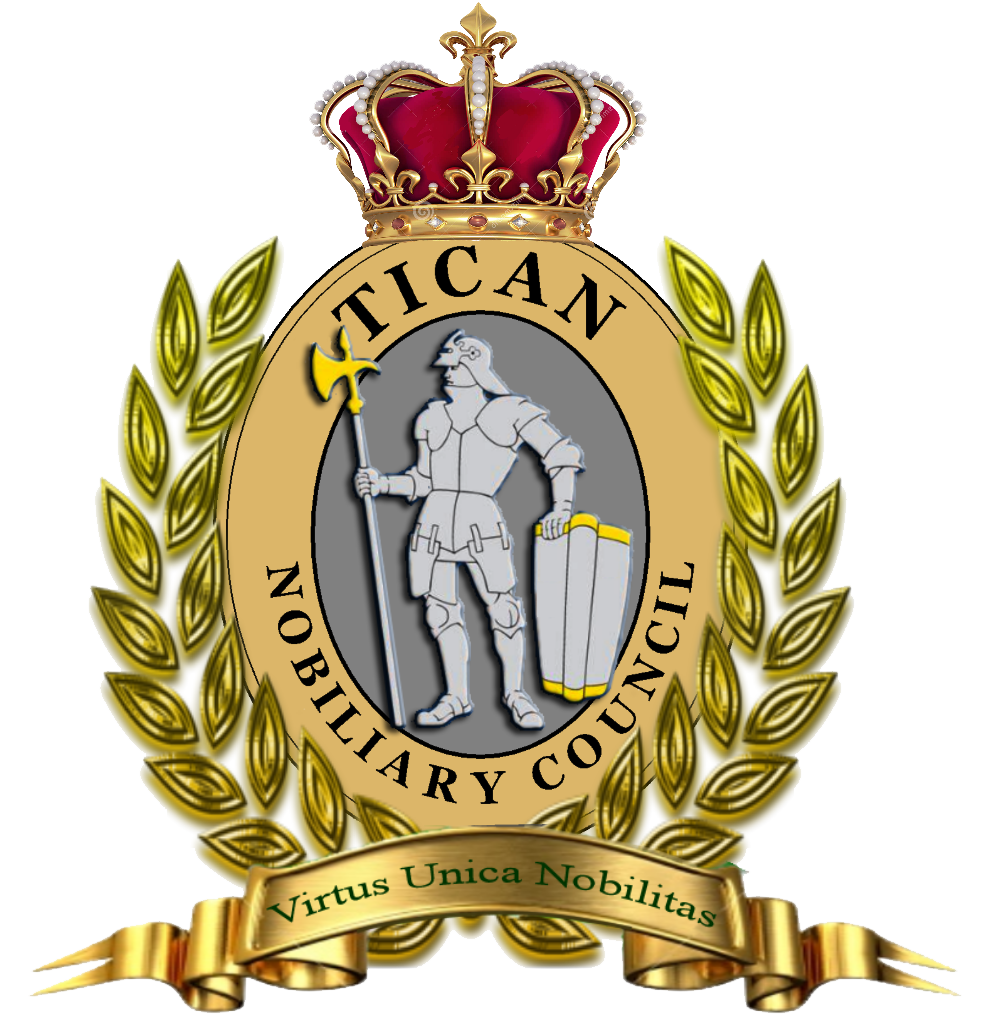 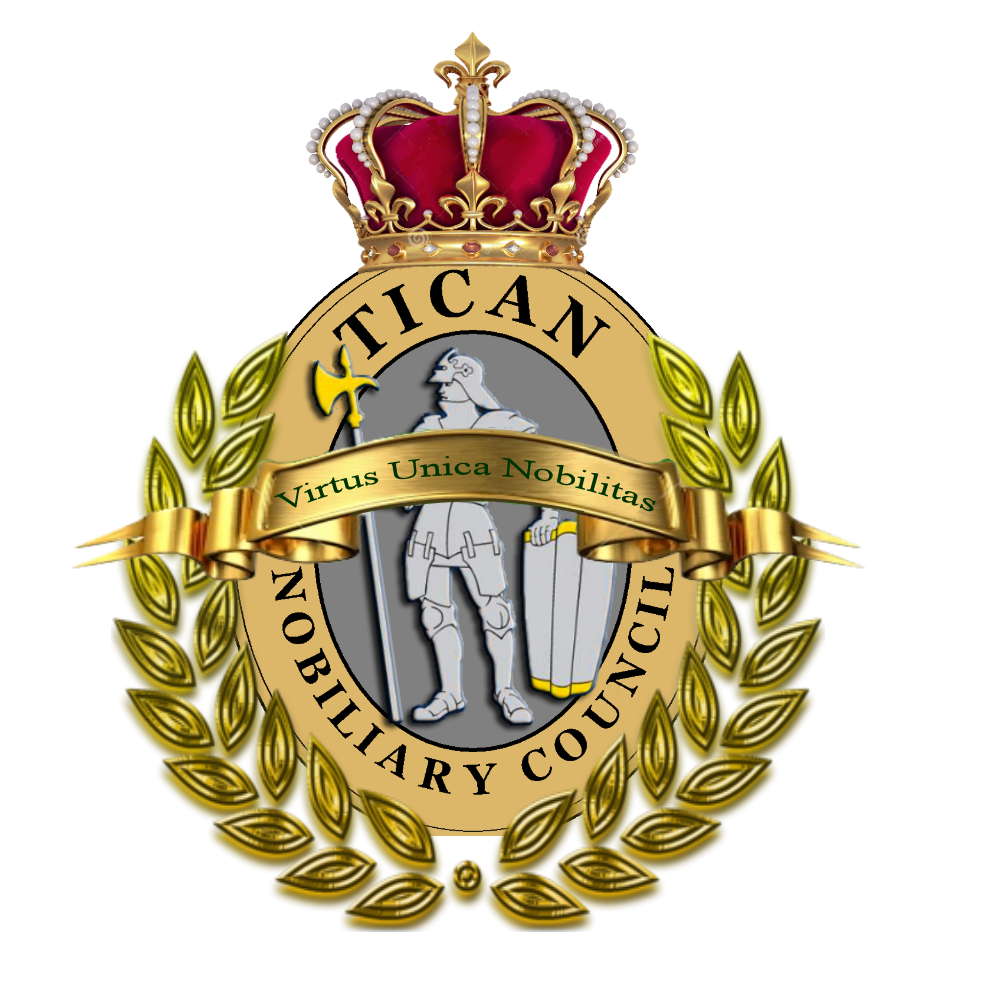 The choice of the Nobiliary Council´s symbol is similar to TICAN: an oval gold shape surrounded by a proud laurel wreath combine to a striking design that brings out the strength and vitality in the logo. The crown on top of the oval shape represent the legacy of the old Noble families spreading now all over the world while in the center a Knight is based on the ideals of chivalry, nobility, aristocracy and for the Defense of International Nobility.

MOTTO OF THE INTERNATIONAL COMMISSION AND ASSOCIATION ON NOBILITY

VIRTUS UNICA NOBILITAS- (Virtue is the only Nobility)

The Nobiliary Council seal shall be as follows:

The Association shall be funded through:

• Other sources, in accordance with the Law

Nobility of the family is proved by a copy of the charter and of adequate texts from different nobiliary books, biography lexicons and other historical sources. That the applicant belongs to that family is proved by birth certificates for at least three consecutive generations of his/her ancestors in whose certificates of baptism must be stated the nobiliary title, or alternatively by birth certificates of his/her immediate ancestors in a line, up to that ancestor who is mentioned for the first time in a historical source as a nobleman, with the description of circumstances stating who, when and for what merits nobility was granted to him/her or to any of his/her ancestors. The family tree must be attached.

Applications for membership in the Association shall be submitted in writing together with all the documents listed in Membership Regulations. The Nobiliary Council, after having processed documentation, shall verify the authenticity of the documents and the candidate’s suitability and recommend their acceptance to the “Nobility” membership.

The Nobiliary Council verifies the submitted application (if necessary asks for completion), fulfills the questionnaire for new members and writes his/her opinion, later the application is presented to the Board and if they determine that the membership qualifications are met.

Rights and obligations of permanent members are:

The membership in the Association ceases by:

Associate and Honorary members can be admitted into the Association after the proposal of the Nobiliary Board and having confirmed that the proposed members can contribute or have already contributed to the promotion of the goals of the Association. If these persons possess the necessary expertise and social reputation, and if they accept the membership, The Nobiliary Board completes the procedure by granting them the status of an Associate or Honorary Member.

Rights and obligations of Associate and Honorary members are:

The Secretary of the Nobiliary Council must provide a biography for every associate and honorary member.

These Regulations enters into force immediately after its adoption at the session of the Nobiliary Board on the October 02, 2016.