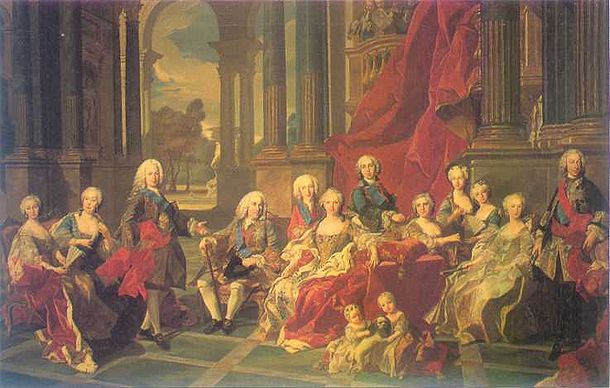 The International Commission and Association on Nobility is a nobility and monarchist organization with educational goals and purposes: to give unity to monarchists and nobilities, enabling them to meet and contact other monarchists; to promulgate information about and foster interest in monarchy, monarchies, and royalty; to generally educate the public on these subjects; to advance the political theory, history, and philosophy of monarchy, to further theories of modern monarchy, and to promote and defend the theory of monarchy as a superior governmental form.

The monarch is always there, a permanent symbol of the state and man's relationship to it. The modern monarch is often above the fray of partisan politics, an advocate for his nation's principles, if not its specific governmental policies. Today, a monarch may reign but not rule. The interest of monarchy is to serve, to serve the country, the people and not be served.

The International Commission and Association on Nobility support monarchy not only because of tradition or circumstance. We believe monarchy to be the best form of government for all of the governed. Objectivity, honesty, and sincerity are best assured by monarchy. Monarchy by no means precludes democracy, in practice.

We support the present heads of exiled or non-reigning Houses as de jure sovereigns, this recognition being co-existent with the realization that the institution is more important than a particular claimant. A monarch through the vestiges of that misunderstood Divine right and because of his symbolic paternal role, faces a higher responsibility than a politician.

The justification of the hereditary succession is not only in the upbringing of the future king, not only in the continuity of a line  but in the fact that an hereditary ruler does not owe his position to any particular social or interest group, but rather to divine will alone. The formula "by the Grace of God" is a constant reminder to the sovereign that an accident of birth was responsible for his position and must prove his fitness by ceaseless efforts in the cause of justice.

The following goals have been maintained faithfully as a continuation of the “Royalty and Nobility,” through some of the following activities:

o    March 03, 2011. We are honored to inform that TICAN has been approved by the United Nations Economic Social Council (ECOSOC) under the category of NGO Branch, as registered civil society. With this stauts TICAN is welcomed in any United Nations International meetings, forums and programs that are conducted under ECOSOC.

The Commission is registered under number 7457100 in UK